Checkout our in character Social Media

Patch Notes • 3.55
This month, we've made some major changes to our property systems back-end, alongside adding a bunch of new features and bug fixes by popular demand in player feedback. Alongside this, our development team have made significant progress on the In-Character Social Media website (60%), and will also be working on overhauling the wardrobe plugin and removing the final bugs and issues with the saving discovered after the fixing of the player clone issue we had throughout 2020 - 2022.

We started a Summer Sale with 20% OFF all packages until the 24th of June & In addition to the general bug fixes and server changes this month, more features and updates will be released with the Summer Update occurring on the 25th of June.

Server Changes
Below is a list of implemented changes made to SchoolRP within the last month.

- Non-instrument items now have a 2 second cooldown between uses.​
- You can now see the username of an incoming caller/texter by hovering over the chat message.​
- Updated the Tablist and Pause Menu to display the SchoolRP logo.​
- Implemented new Summer Update features (available from the 25th of June).​
- Rentable Boats for the Summer (these expire at the start of fall/autumn).​
- Add working Water Guns.​
- Add working Jetskis.​
- A new Discord bot has been added to all of the SchoolRP sub-servers and the Roleplay Hub Discord.​
- You can check the in-game time using this bot by typing /time in any command channel (Discord only), or by checking the bot's Discord status.​
- You can get answers to some Frequently Asked Questions by using /help in any command channel (Discord only).​
- The Property (apartment/house) system has been overhauled and improved with new features.​
- You can now check all of the properties you're added to by doing /property keys.​
- You can now add Administrators to your property which will allow them manage locked doors, bypass locked doors, and add/remove other members of the property.​
- The system has been updated to include types (offices, estates, towers, shops, and residences).​
- All properties have access to editmode, meaning factions/properties that once relied on requesting Creative mode will no longer need to do so.​
- You can now lock your own doors inside of your property using /p door lock, and /p door add.​
- You can add managers to the door to help you manage the door (add and remove members of the door) by doing /p door addmanager.​
- You can no longer break chests that aren't empty, so you'll always need to empty chests before breaking them. This is to prevent item loss.​
- A GUI has been added to editmode to help newer players understand and use the property system. This is accessed by right-clicking the Redstone Comparator on the 9th slot of your hotbar whilst in editmode.​
- You can now use Barriers & Light blocks by getting the Builder Kit found in the editmode GUI.​
- You can manage members, admins and editors of your property via the editmode GUI (this is most useful for those that have more than 15 members/editors/admins).​
- The new In-Character Social Media, previously known as 'ONRAIN' is still being worked on, with around 60% completion so far. (see a teaser in the spoiler below)​ 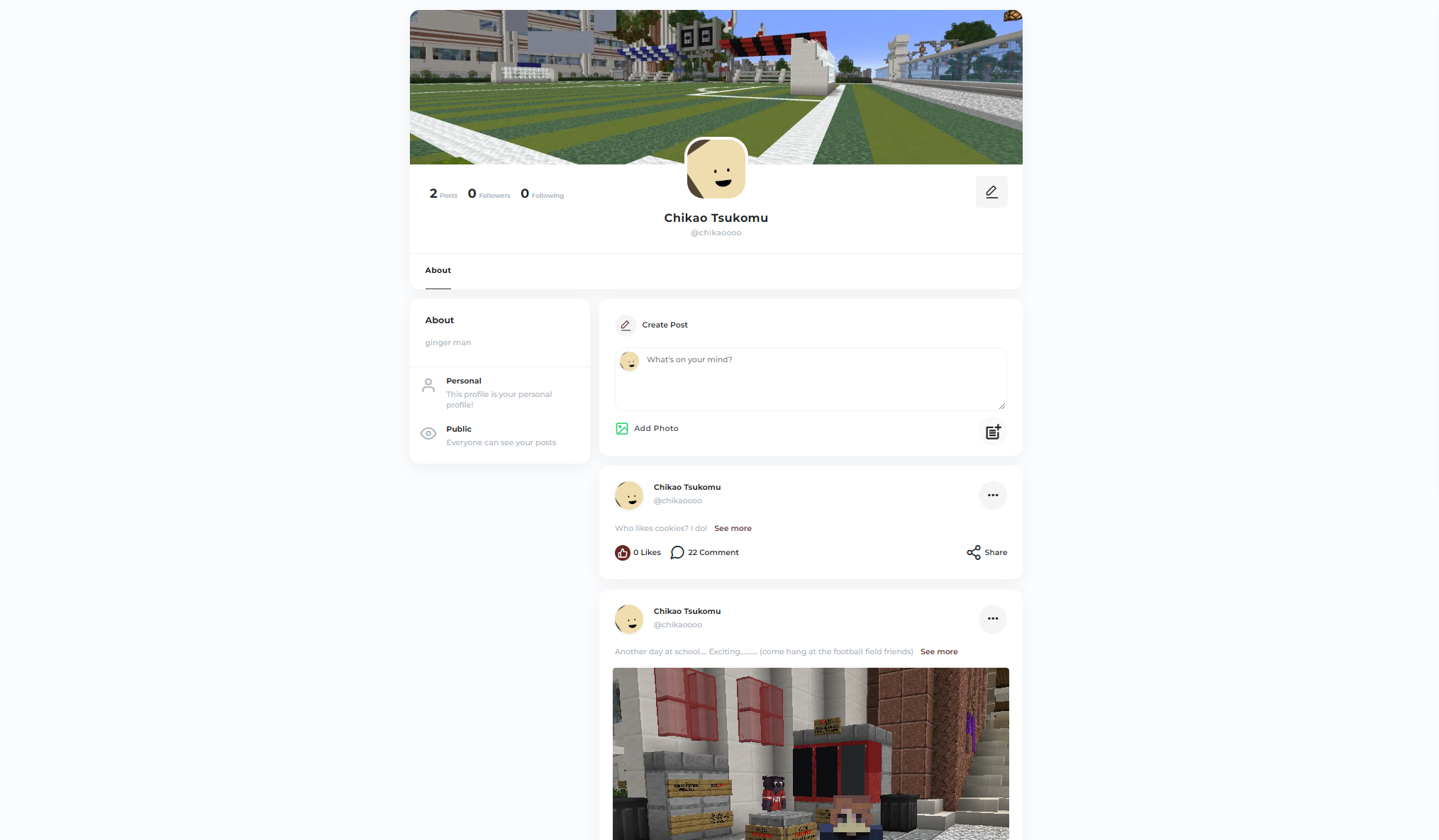 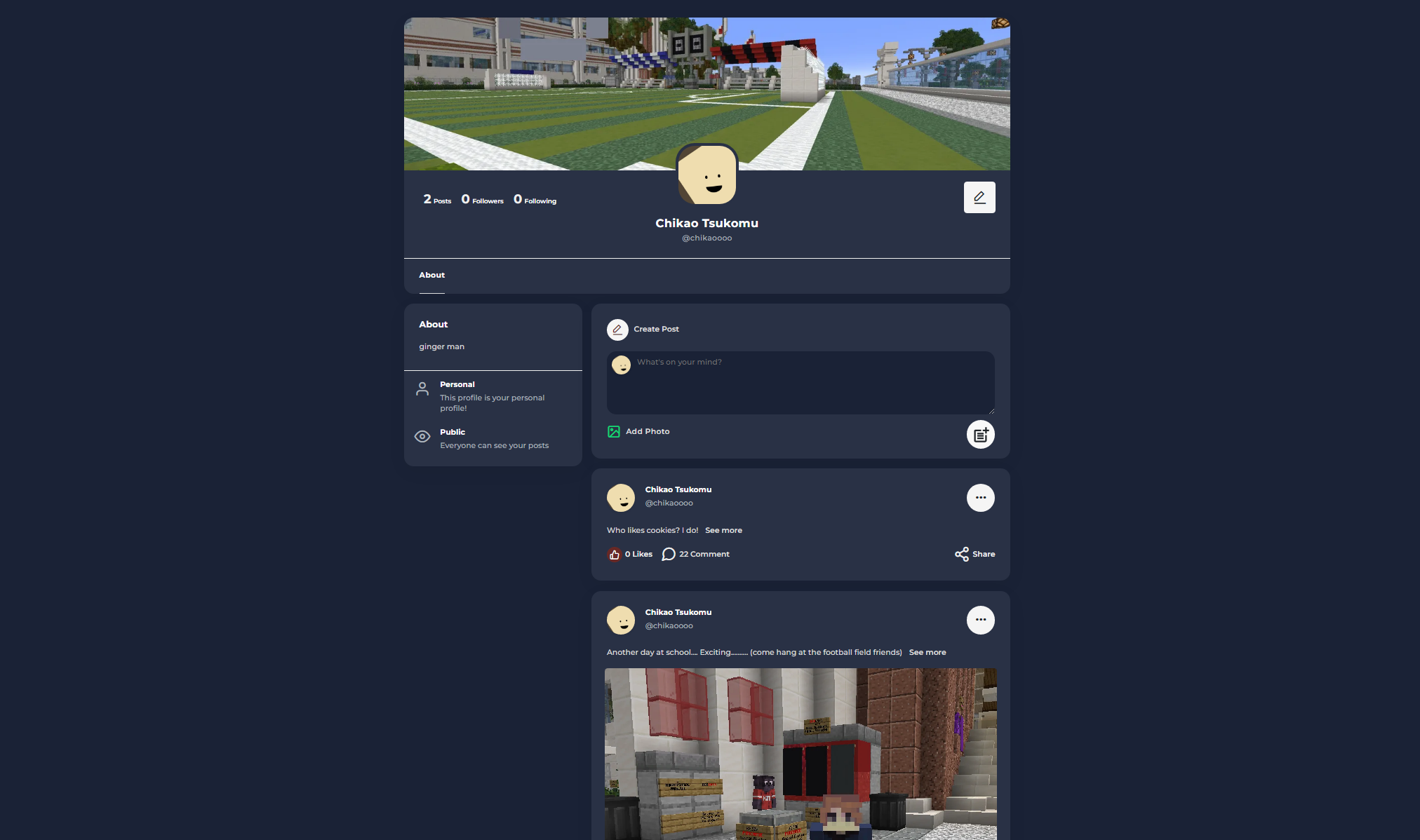 ​
Faction & Community Changes
Below is a list of changes made to server factions within the last month by our faction leaders.

- The Crime Discord has been revamped.​
- Crime businesses now have a format for their in-game event announcements.​
- Criminal businesses have been fully introduced (fight club, street racing, and bounty hunting). These businesses are managed by the Black Market Dealers.​
- A new Verified Gang Hideout has been added to the map.​
- Crime faction has received a new lead: hebwig.​
- Police fines have been lowered to prevent overcharging for punishments.​
- Police have introduced a new fine for those under 16 who don't carry a Government-issued I.D.​
- Police are now able to track who a phone number belongs to.​
- Police-issued breathalyzers now calculate unreliable drunk percentage data, meaning they may now take you to the station and roleplay a real breathalyzers test to verify your drunkness (this allows for more realism in roleplay and chance to escape fines/be let off scot-free).​
- Hospital staff have new uniforms.​
- Shopkeepers are now able to lock their own doors using /p door.​
- All Shops are now protected with the property system which will reduce use of tile blocks and make it easier for Shopkeepers to add and remove members from chests.​
- Shopkeepers can now edit their shop's interior anytime using /p editmode.​
- The Shop stock price for VR Headsets have been lowered and should be reflected in shop prices.​
- Shops can now only carry 80 items (any shop with over that limit will begin clearing out unused items within the next month).​
- The Shop roster has been updated with a clearer format and new 'shop categories'.​
- Shopkeepers have received a new lead: KimiNoUso.​
- Flash events for the new Deputy-Mayor position in the Government faction have started in the form of campaigns hosted by Governors.​
- The Mayor has began giving public Government speeches from the town hall.​
- The Shrine application format and rules have been updated on the forums.​
​
​
Community & Staff Team

A huge thank you to our Community Teams, Faction Leads and Staff for all of their hard work this month.